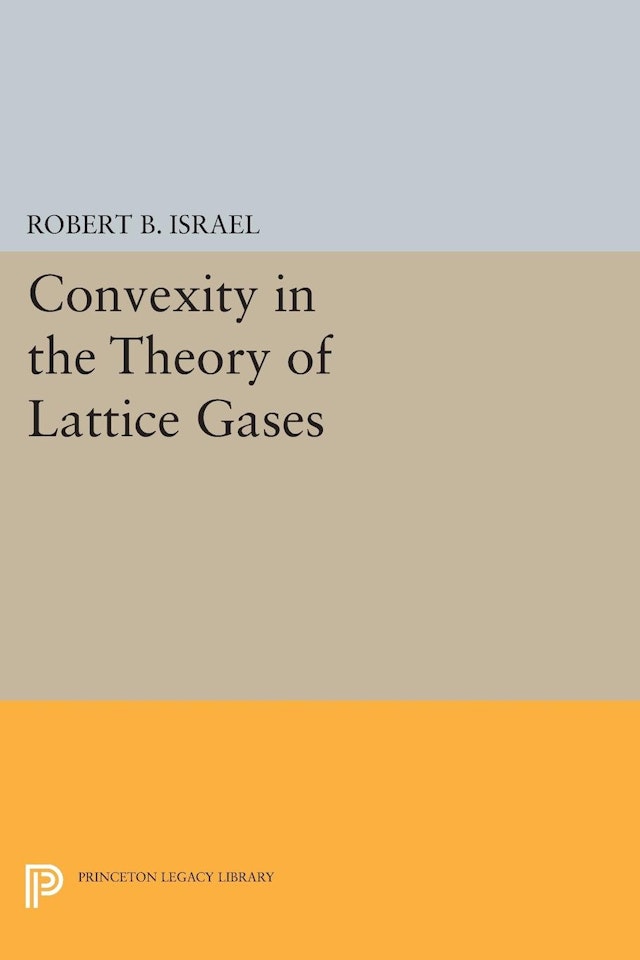 In this book, Robert Israel considers classical and quantum lattice systems in terms of equilibrium statistical mechanics. He is especially concerned with the characterization of translation-invariant equilibrium states by a variational principle and the use of convexity in studying these states.

Arthur Wightman’s Introduction gives a general and historical perspective on convexity in statistical mechanics and thermodynamics. Professor Israel then reviews the general framework of the theory of lattice gases. In addition to presenting new and more direct proofs of some known results, he uses a version of a theorem by Bishop and Phelps to obtain existence results for phase transitions. Furthermore, he shows how the Gibbs Phase Rule and the existence of a wide variety of phase transitions follow from the general framework and the theory of convex functions. While the behavior of some of these phase transitions is very “pathological,” others exhibit more “reasonable” behavior. As an example, the author considers the isotropic Heisenberg model. Formulating a version of the Gibbs Phase Rule using Hausdorff dimension, he shows that the finite dimensional subspaces satisfying this phase rule are generic.