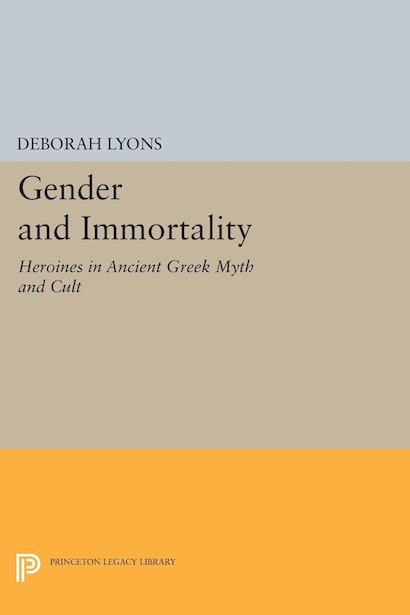 In recent years, the topic of ancient Greek hero cult has been the focus of considerable discussion among classicists. Little attention, however, has been paid to female heroized figures. Here Deborah Lyons argues for the heroine as a distinct category in ancient Greek religious ideology and daily practice. The heroine, she believes, must be located within a network of relations between male and female, mortal and immortal. Using evidence ranging from Homeric epic to Attic vase painting to ancient travel writing, she attempts to re-integrate the feminine into our picture of Greek notions of the hero. According to Lyons, heroines differ from male heroes in several crucial ways, among which is the ability to cross the boundaries between mortal and immortal. She further shows that attention to heroines clarifies fundamental Greek ideas of mortal/immortal relationships.

The book first discusses heroines both in relation to heroes and as a separate religious and mythic phenomenon. It examines the cultural meanings of heroines in ritual and representation, their use as examples for mortals, and their typical “biographies.” The model of “ritual antagonism,” in which two mythic figures represented as hostile share a cult, is ultimately modified through an exploration of the mythic correspondences between the god Dionysos and the heroines surrounding him, and through a rethinking of the relationship between Iphigeneia and Artemis. An appendix, which identifies more than five hundred heroines, rounds out this lively work.

"Scholars, teachers, and college students are certain to find this contribution not only interesting but enlightening for classical literature, mythology, and women's studies, and the inclusion of an Appendix, 'A Catalogue of Heroines,' most useful."—Classical World