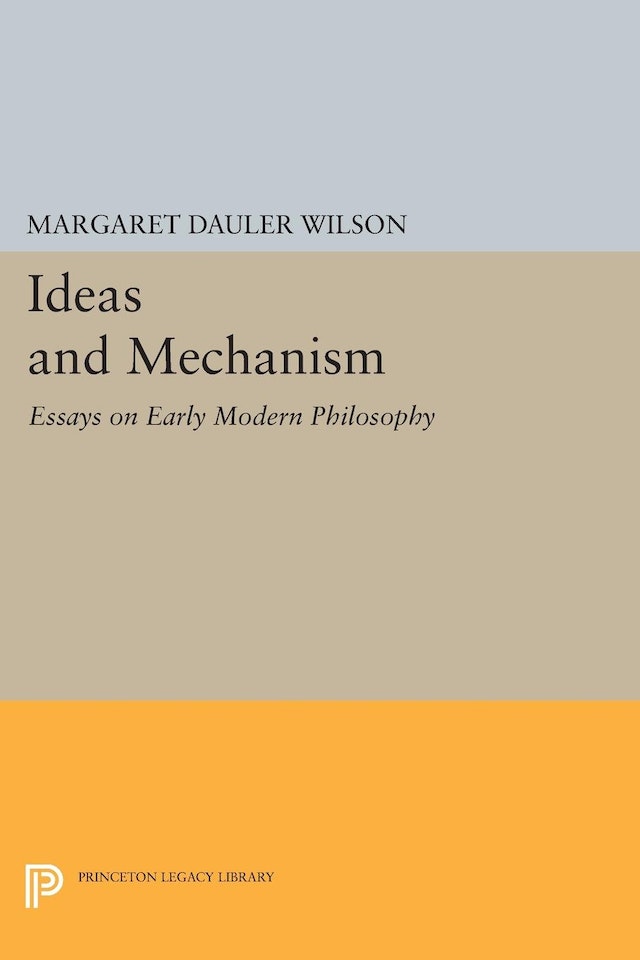 For more than three decades, Margaret Wilson’s essays on early modern philosophy have influenced scholarly debate. Many are considered classics in the field and remain as important today as they were when they were first published. Until now, however, they have never been available in book form and some have been particularly difficult to find. This collection not only provides access to nearly all of Wilson’s most significant work, but also demonstrates the continuity of her thought over time. These essays show that Wilson possesses a keen intelligence, coupled with a fearlessness in tackling the work of early modern philosophers as well as the writing of modern commentators. Many of the pieces collected here respond to philosophical issues of continuing importance.

The thirty-one essays gathered here deal with some of the best known early philosophers, including Descartes, Leibniz, Locke, Spinoza, and Berkeley. As this collection shows, Wilson is a demanding critic. She repeatedly asks whether the philosophers’ arguments were adequate to the problems they were trying to solve and whether these arguments remain compelling today. She is not afraid to engage in complex argument but, at the same time, her own writing remains clear and fresh. Ideas and Mechanism is an essential collection of work by one of the leading scholars of our era.

"The work of Margaret Wilson, widely regarded for several decades as the foremost scholar of early modern philosophy, has shaped the field and raised its standards. Her papers are more than required reading; they provoked—and continue to provoke—serious and active engagement. Bringing together the substance of Wilson's scholarly achievement, this is an extremely significant collection."—John Carriero, University of California, Los Angeles

"Margaret Wilson was the leading historian of early modern philosophy in the English-speaking world. Her work is distinguished by fierce intelligence, a fine ear for textual nuance, a passion for clarity, and close critical attention to the work of others. This rich collection of important papers will be studied eagerly by a wide audience."—Kenneth Winkler, Wellesley College