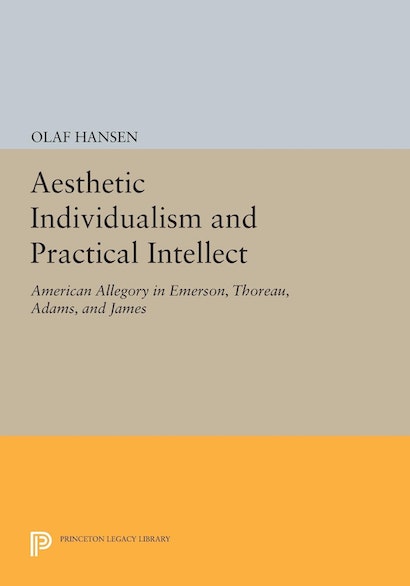 Addressing vital issues in the current revision of American literary studies, Olaf Hansen carries out an exposition of American writing as a philosophical tradition. His broad and comparative view of American culture reveals the importance of the American allegory as a genuine artistic and intellectual style and as a distinct mode of thought particularly suited to express the philosophical legacy of transcendentalism. Hansen traces intellectual and cultural continuities and disruptions from Emerson through Thoreau and Henry Adams to William James, paying special attention to the modernism of transcendental thought and to its quality as a valid philosophy in its own right. Concerned with defining ideas of self, selfhood, and subjectivity and with moral tradition as an act of creating order out of the cosmos, the American allegory provided a basic and frequently overlooked link between transcendentalism and pragmatism. Its “suggestive incompleteness” combined in a highly dialectic manner the essence of both enlightenment and romanticism. Characterized neither by absolute objectivity nor by absolute subjectivity, it allowed speculation about the meaning of reality and about humankind’s place in a realm of appearances.