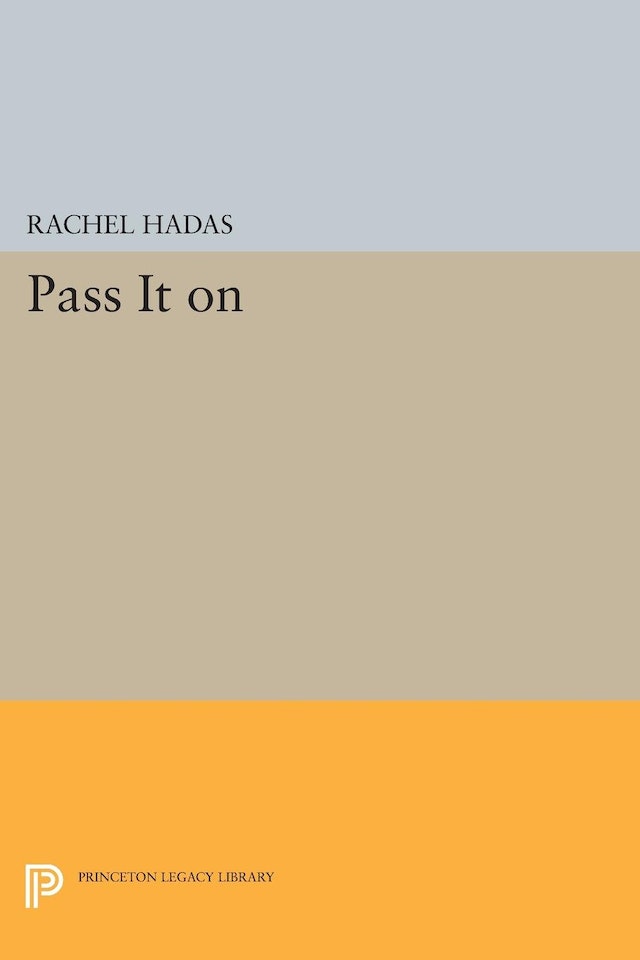 The poems in Rachel Hadas’s new book are united by a common preoccupation with passage — passage variously construed. In Section I, the four seasons are glimpsed in turn through the lenses of several types of personal associations, especially parenthood. As spring gives way to fall and winter, separation looms; diverse kinds of temporary and permanent renewal come with spring, and the fifth poem in this section steps outside this cycle. In Section II, the phrase “pass it on” recalls the game “telephone,” in which a word is whispered by one speaker to another. Here the poems focus on tradition, primarily as it is transmitted through teaching, but also through art and again parenthood. Thoughts on teaching specific texts (the Iliad, Dickinson’s poems, Sophocles’ Philoctetes) alternate with more personal moments of contemplation. Finally, in Section III “pass it on” comes to signify transition — whether between spring and summer, city and country, youth and age, presence and absence, or life and death.

From “Three Silences”: Of all the times when not to speak is best, mother’s and infant’s is the easiest, the milky mouth still warm against her breast.

Before a single year has passed, he’s well along the way: language has cast its spell. Each thing he sees now has a tale to tell.

A wide expanse of water-cean. Look! Next time, it seems that water is a brook. The world’s loose leaves, bound up into a book.