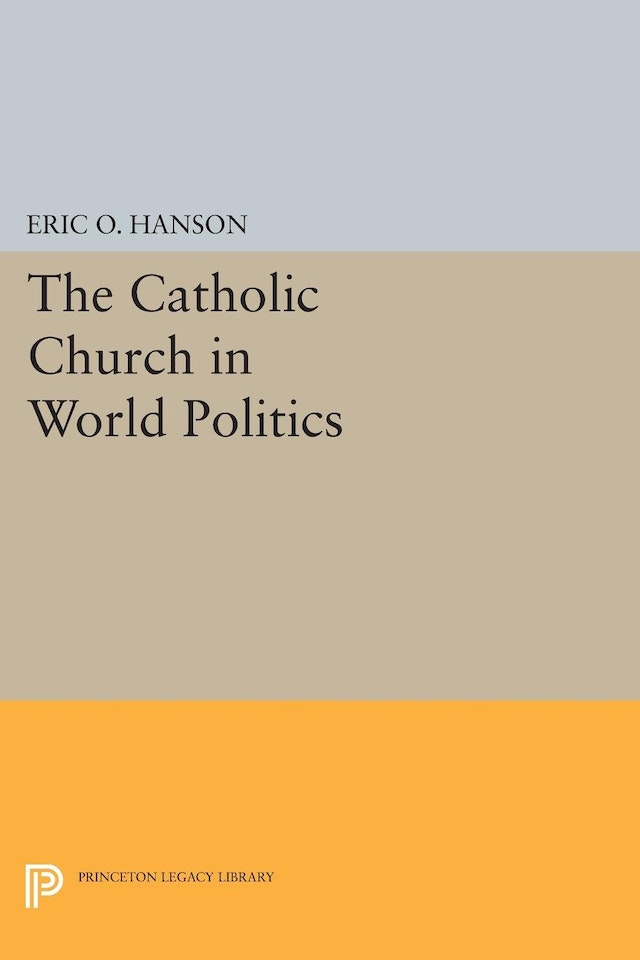 Eric Hanson’s multifaceted book examines the place of the church in the contemporary international system and the reciprocal influence of modern political and technological developments on the internal affairs of the church.

"[The book's] great merit is that it informs a Catholic public, and any others interested in the role of the Catholic Church in modern society, of much they may not have taken note of. There are excellent sections on the Lefebvre movement, on Opus Dei, on liberation theology, on the vicissitudes in recent years of the Society of Jesus, on the Vatican's policy toward Eastern Europe. . . .It is the best study of its kind that has so far appeared."—J. M. Cameron, New York Review of Books

"[Hanson's] is a well-written, lively narrative which puts together a staggering mass of recent research on Catholicism as an international system of action, political influence, and belief. . . . Buy it! You will learn more about Catholicism and world politics from it than from any other competing source."—John A. Coleman, Commonweal

"[A]n important, eminently readable book. [Hanson] has contributed substantially to the critically significant study of religion and politics in general and of Roman Catholicism and its diverse relationships to national governments in particular."—George E. Saint-Laurent, Journal of the American Academy of Religion