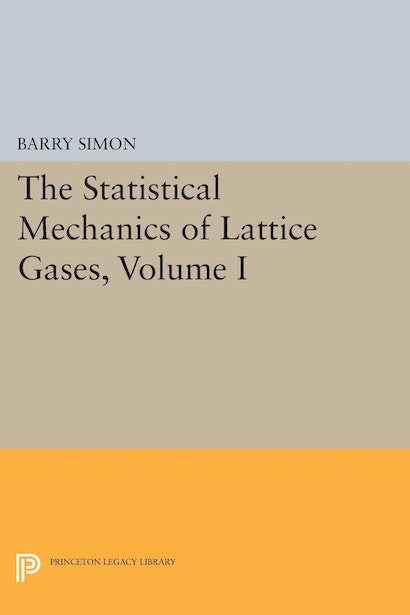 A state-of-the-art survey of both classical and quantum lattice gas models, this two-volume work will cover the rigorous mathematical studies of such models as the Ising and Heisenberg, an area in which scientists have made enormous strides during the past twenty-five years. This first volume addresses, among many topics, the mathematical background on convexity and Choquet theory, and presents an exhaustive study of the pressure including the Onsager solution of the two-dimensional Ising model, a study of the general theory of states in classical and quantum spin systems, and a study of high and low temperature expansions. The second volume will deal with the Peierls construction, infrared bounds, Lee-Yang theorems, and correlation inequality.

This comprehensive work will be a useful reference not only to scientists working in mathematical statistical mechanics but also to those in related disciplines such as probability theory, chemical physics, and quantum field theory. It can also serve as a textbook for advanced graduate students.

"This book, as many of Simon's works, is destined to become a classic reference text.... The book is almost completely self-contained, as the author gives definitions and proofs of the needed mathematical background, ranging from rather basic theorems of analysis, to the most advanced ones."—Australian & New Zealand Physicist