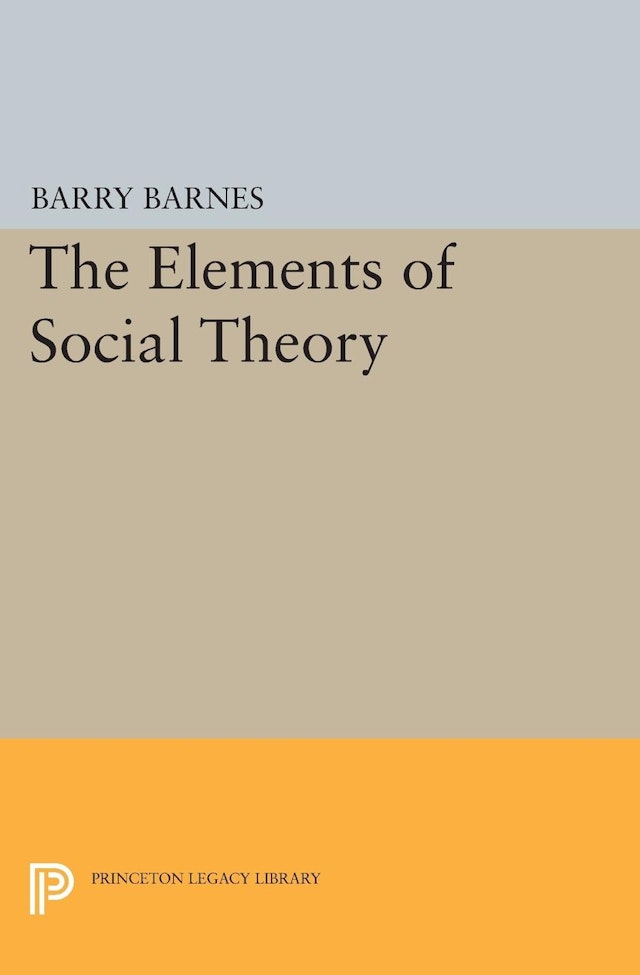 Over the past quarter century, social theory has moved in diverse and often seemingly incompatible directions, exaggerating differences of approach that existed even in earlier periods. In a strikingly original book, Barry Barnes uses this intellectual diversity not only to identify but also to unify the central ways of looking at the field. Barnes frames his task by addressing the most important problem confronting all students of society today: the apparent conflict between cultural and functional methods of describing the social order, on one hand, and choice-theoretic accounts, on the other. But rather than reviewing in detail the origins and development of these contending views of reality, Barnes conducts a dialogue between the two perspectives, thereby revealing their respective strengths and shortcomings. In the process, he develops a case for a theoretical “third way,” an interactionist understanding of the workings of the social order and the emergence of behavioral norms.

Barnes successfully applies interactionist analysis, formerly used mostly for micro-social settings, to macro-phenomena like the formation of status groups, the origin of social movements, the politics of class formation, and the dynamics of bureaucratic action. He shows how these phenomena are inexplicable in terms of exclusively cultural- functional or choice-theoretic methods: they can be understood only by showing how norms emerge through interaction. Barnes has constructed a coherent and learned vision of the fundamentals of social theory that will excite not only sociologists but all social scientists and their students.

"Barnes is a thoughtful commentator on foundational questions in the social sciences ... the reader will learn much from his discussion of these topics."—American Political Science Review