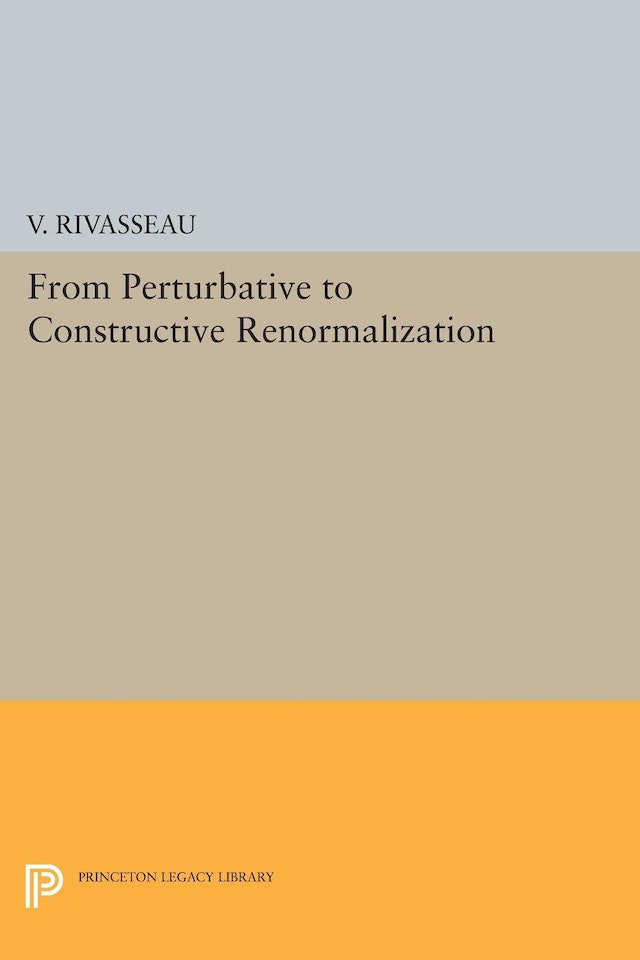 The last decade has seen striking progress in the subject of renormalization in quantum field theory. The old subject of perturbative renormalization has been revived by the use of powerful methods such as multiscale decompositions; precise estimates have been added to the initial theorems on finiteness of renormalized perturbation theory, with new results on its large order asymptotics. Furthermore, constructive field theory has reached one of its major goals, the mathematically rigorous construction of some renormalizable quantum field theories. For these models one can in particular investigate rigorously the phenomenon of asymptotic freedom, which plays a key role in our current understanding of the interaction among elementary particles. However, until this book, there has been no pedagogical synthesis of these new developments. Vincent Rivasseau, who has been actively involved in them, now describes them for a wider audience. There are, in fact, common concepts at the heart of the progress on perturbative and constructive techniques. Exploiting these similarities, the author uses perturbative renormalization, which is the more widely known and conceptually simpler of the two cases, to explain the less familiar but more mathematically meaningful constructive renormalization.