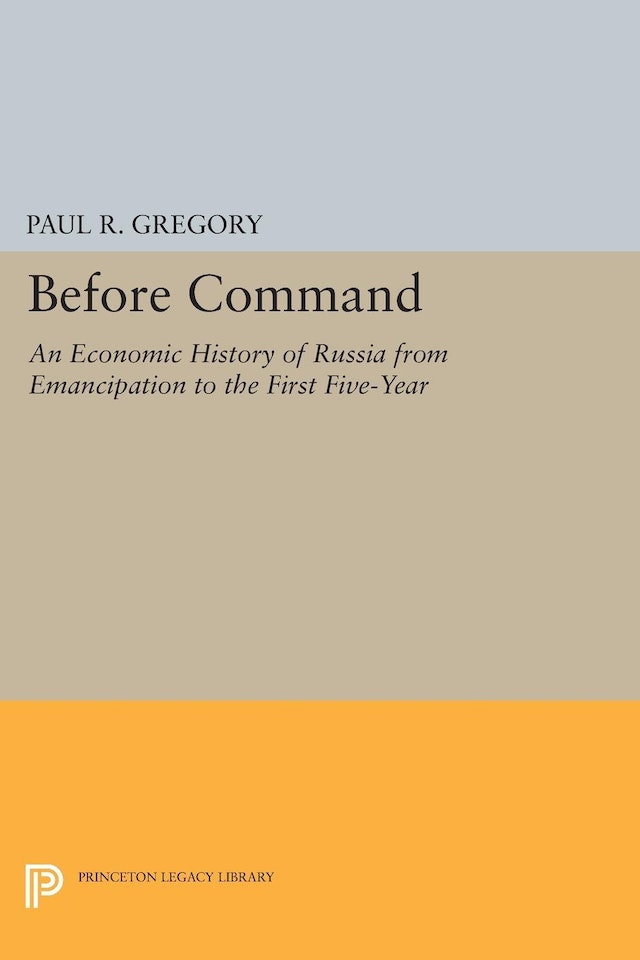 In a work with significant implications for present-day economic reform in the Soviet Union, Paul Gregory examines Russian and Soviet economic history prior to the installation of the administrative command system. By drawing on basic economic statistics from 1861 to the 1930s, Gregory’s revisionist account debunks a number of myths promulgated by historians in both the East and the West. He demonstrates that the Russian economy under the tsars performed much better than has previously been supposed; the Russian economy and its financial institutions were integrated into the world economy, allowing Russia to attract significant foreign capital. Furthermore, he shows that Stalin’s justifications for the abandonment of the New Economic Policy in the late 1920s were incorrect: the so-called crises of NEP were either fabricated or the result of misguided economic thinking.

Before Command is the culmination of the author’s lifelong study of the economic history of Russia and the Soviet Union. In convincing detail it describes little-known Russian and Soviet successes with market capitalism, while it also shows the problems inherent in a mixed system, such as the NEP, which seeks to combine very strong elements of command with market resource allocation.

"Gregory has produced the best overview of Russian economic development from 1861 through the 1930s. Along the way, he has illuminated many of the blockages current policy makers confront as they 'plan' for the transition to a market economy.... [T]he book ... is outstanding."—American Historical Review