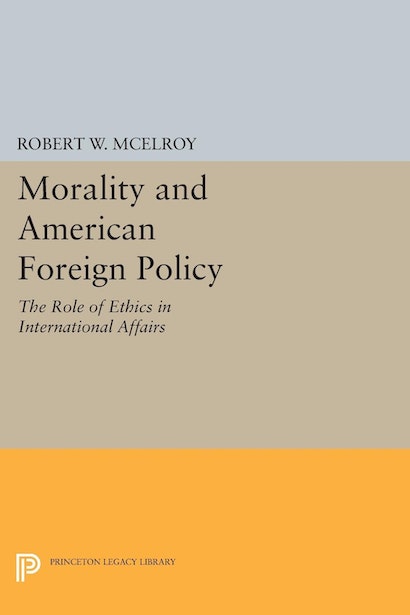 Most international relations specialists since World War II have assumed that morality plays only the most peripheral role in the making of substantive foreign policy decisions. To show that moral norms can, and do, significantly affect international affairs, Robert McElroy investigates four cases of American foreign policy-making: U.S. food aid to the Soviet Union during the Russian famine of 1921, Nixon’s decision to alter U.S. policies on biochemical weapons production in 1969, the signing of the Panama Canal Treaties in 1978, and the bombing of Dresden during World War II.

"Robert McElroy, in this excellent book . . . proposes to show the role morality plays in United States foreign policy. . . . [He] combines realist and internationalist theory by forming his own understanding of the value and role of morality in international relations."—Jan Goldman, The Friday Review of Defense Literature

"These case studies are at once persuasive and provocative. . . . [McElroy's] book ought to be of great interest to anyone concerned with the morality of foreign affairs."—William P. George, Christian Century