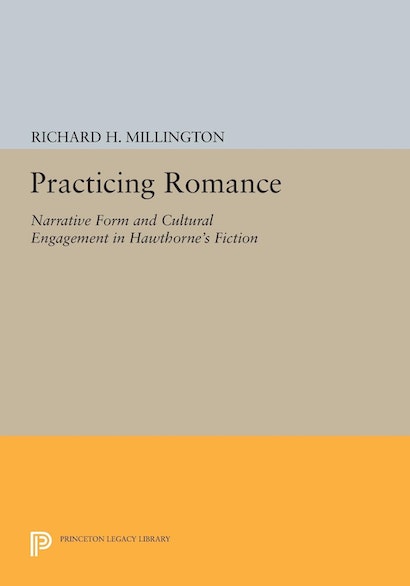 Practicing Romance sets out to re-tell the story of Hawthorne’s career, arguing that he is best understood as a cultural analyst of extraordinary acuity, ambitious to reshape — in a sense to cure — the community he addresses. Through readings attentive to narrative strategy and alert to the emerging middle-class culture that was his audience, the book defines and describes Hawthornian Romance in a new way: not, in customary fashion, as the definitive instance of a peculiarly American genre, but as a narrative practice designed to expose and restage the covert drama that affiliates us to our community. Hawthorne’s fiction thus recovers for its readers, through the interpretive independence it teaches, a freer, more lucid, more critical relation to the community we inhabit, and the cultural engagement romance enacts in turn rescues Hawthorne from the confining marginality that the writer’s career had threatened to confer. From the book’s distinctive account of his narrative tactics, especially his deployment of the voices and attitudes — authoritarian or democratic, entrapping or freeing — that give shape to his ideological terrain, Hawthorne emerges as a daring reinventor of the novel’s cultural role.