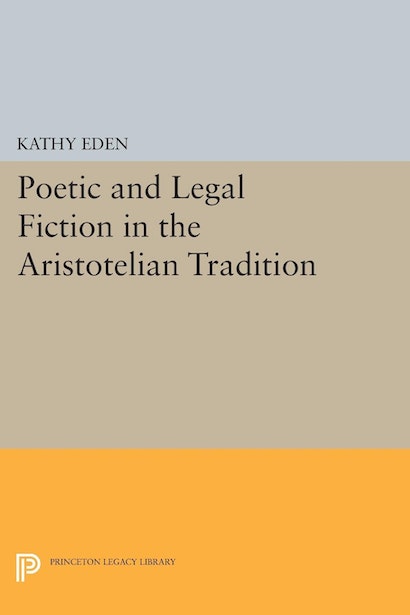 When Philip Sidney defends poetry by defending the methods used by poets and lawyers alike, he relies on the traditional association between fiction and legal procedure — an association that begins with Aristotle. In this study Kathy Eden offers a new understanding of this tradition, from its origins in Aristotle’s Poetics and De Anima, through its development in the psychological and rhetorical theory of late antiquity and the Middle Ages, to its culmination in the literary theory of the Renaissance.