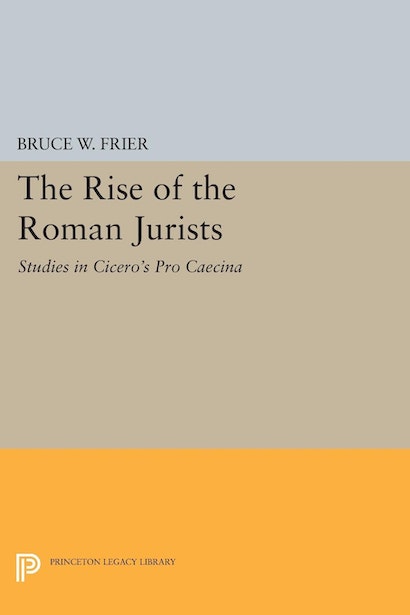 Combining historical, sociological, and legal expertise, Bruce Frier discloses the reasons for the emergence of law as a professional discipline in the later Roman Republic.