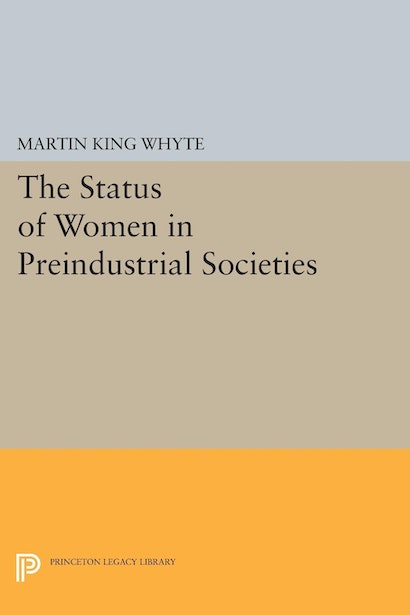 How does the status of women in different cultures actually compare with that of men? How does this position vary from one realm—religious, political, economic, domestic, or sexual—to another? To examine these questions, Martin King Whyte draws on a cross-cultural sample of 93 preindustrial societies throughout the world. His analysis describes women’s roles in historical perspective, offering a much-needed foundation for feminist scholarship as well as provocative thoughts about the future.

To determine why women fare better in some societies than others, Professor Whyte compares data from cultures ranging from small, preliterate hunting bands to the capitals of the Inca and Roman empires. This ethnographic material makes possible a systematic review of the diverse roles of women and also enables the author to test many of the theories advanced to explain the situation of women today.

Some of the specific questions considered are: Does male supremacy have its origins in the hunting way of life of our distant ancestors? Are women always inferior to men? Do women have superior status in cultures where they produce much food and thereby play an important economic role? Has the position of women improved over the course of human evolution?