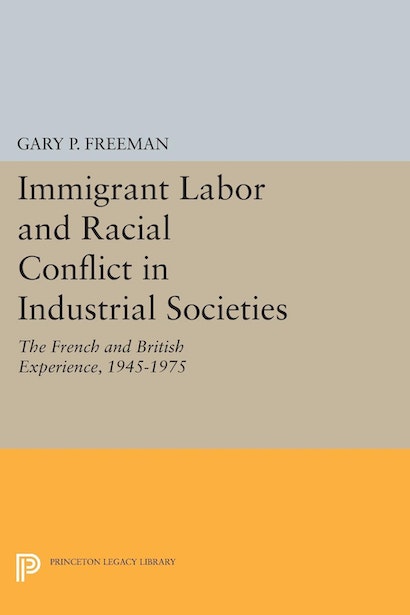 In order to describe how the elites in two political systems grappled with the potentially explosive influx of foreign labor, Gary Freeman analyzes and compares the ways in which the British and the French governments responded to immigration and racial conflict over a thirty-year period during the post-war era. In addition to comparing the policy records of the two countries, the author focuses on the process by which political and social phenomena become defined as public problems and how alternative responses to these problems are generated. His broader aim is to provide a standpoint from which to evaluate the more general problem-solving capability of the political systems under consideration.

Professor Freeman finds that by 1975 both Britain and France had instituted tightly controlled, racially discriminatory, temporary contract-labor systems. Despite this basic similarity, however, he notes three distinctions between the two cases: while the French attempted to adapt immigration to their economic needs, the British failed to seize this opportunity; while the British moved toward an elaborate race relations structure, the French relied on criminal law and the economic self-interest of the worker to prevent outbreaks of racial violence; and the British were much more affected than the French by fears of immigration and racial conflict.