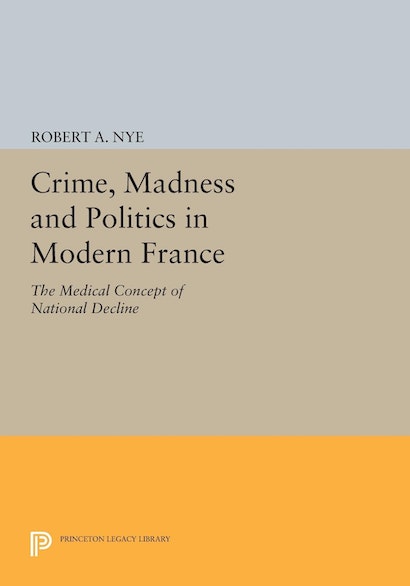 Robert A. Nye places in historical context a medical concept of deviance that developed in France in the last half of the nineteenth century, when medical models of cultural crisis linked thinking about crime, mental illness, prostitution, alcoholism, suicide, and other pathologies to French national decline.