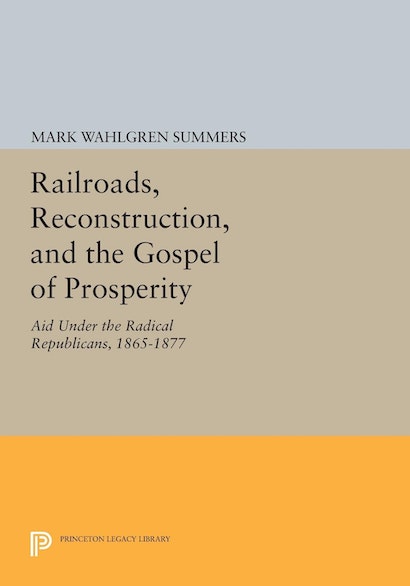 This book describes the southern Republicans’ post- Civil War railroad aid program — the central element of the Gospel of Prosperity” designed to reestablish a vigorous economy in the devastated South. Conceding that race and Unionism were basic issues, Mark W. Summers explores a neglected facet of the postwar era: the attempt to build a new South and a biracial Republican majority through railroad aid.