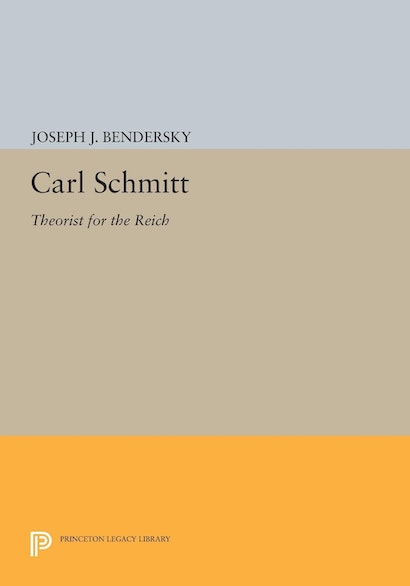 Basing his work on the writings of Schmitt and his contemporaries, extensive new archival documentation, and parts of Schmitt’s personal papers, Professor Bendersky uses Schmitt’s public career as a framework for re-evaluating his contributions to political and legal theory. This book establishes that Schmitt’s late Weimar writings were directed at preventing rather than encouraging the Nazi acquisition of power.