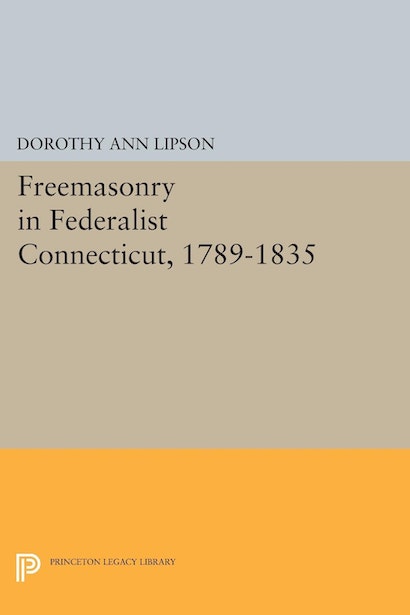 Freemasonry prescribed for its members a supra-religious, supra-national philosophic universalism. Dorothy Ann Lipson examines its reception and adaptation in America, where its rapid spread was one index of increasing local diversity and cultural change.

After tracing the English origins of Masonry, the author focuses on its development in post-Revolutionary Connecticut, where the Calvinist churches and the state had been supported by an unusually homogeneous population. As a counterculture or form of dissent, the fraternity provided its members with a variant religious experience, a source of serial distinction, a stable reference in times of change, a means of education, and an ethically licensed form of recreation. The author considers its role in these areas as well as the implications of such a fraternity tor the lives of women. The confrontation of the Masons and anti-Masons in the first part of the nineteenth century receives special attention as it dramatized political, religious, and cultural diversification.