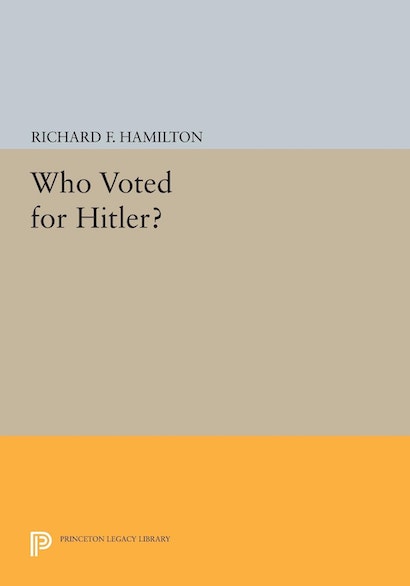 Challenging the traditional belief that Hitler’s supporters were largely from the lower middle class, Richard F. Hamilton analyzes Nazi electoral successes by turning to previously untapped sources — urban voting records. This examination of data from a series of elections in fourteen of the largest German cities shows that in most of them the vote for the Nazis varied directly with the class level of the district, with the wealthiest districts giving it the strongest support.