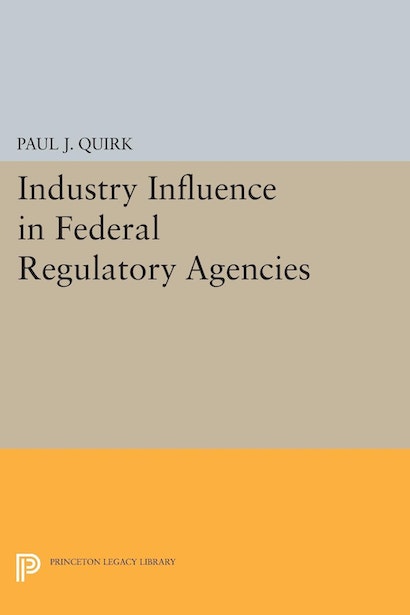 Federal regulatory agencies are often assumed to be excessively responsive to and influenced by the corporate interests they are supposed to regulate. On the basis of direct empirical examination, Paul Quirk challenges this assumption as it relates to four United States federal regulatory agencies. Through a series of interviews with high-level officials of the Federal Trade Commission, the Civil Aeronautics Board, the Food and Drug Administration, and the National Highway Traffic Safety Administration, he determines whether and what kinds of incentives exist to adopt policies favorable to industry.