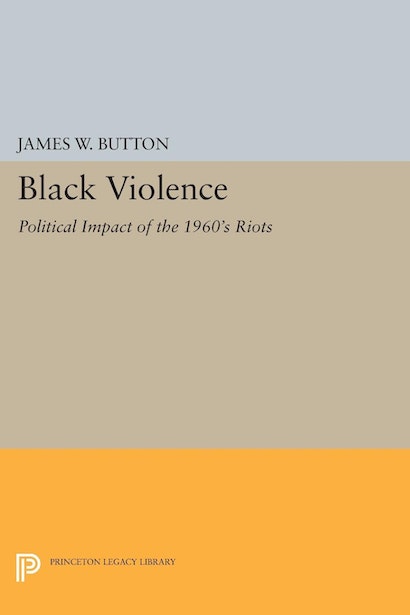 While many studies of domestic collective violence, especially of the black riots of the 1960s, emphasize the causes of violence, James Button’s is a major investigation of the consequences of violence. He not only analyzes how and to what extent the national government responded to the black urban riots, but he also moves toward a theoretical definition of the role of collective violence in a democratic society. In so doing, the author clarifies the utility or disutility of collective violence as a minority group strategy for effecting political change.

Using a variety of sources and research techniques, Professor Button evaluates the effects of ghetto violence on public policy from a perspective that ranges from the earliest riots in 1963 to the later riots and their long-term impact through 1972. His use of rigorous empirical evidence to explore policy effects at the federal level fills the gap often left by more impressionistic research limited to case studies at a local level.

The author’s data indicate that many federal executive officials interpreted the acts of black urban violence in the 1960s as politically purposeful revolts intended to make demands upon those in power. James Button’s work poses a serious challenge to those who argue that collective violence is apolitical, counterproductive, and pathological.