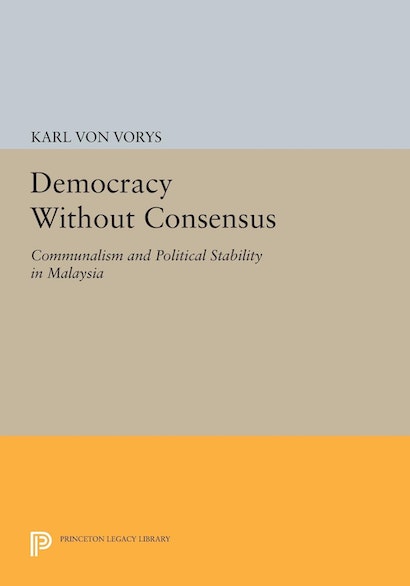 Since World War II the democratic systems adopted by states emerging from colonial rule have in some cases been abandoned and in others suspended or transformed. Two questions arise: Can democracy succeed in newly independent states dominated by communal cleavages? If so, what adjustments are necessary in Western models of democracy? Karl von Vorys contributes new answers by examining the political development of Malaysia, a country which has experimented with changes in the democratic model.

He surveys the conditions under which democracy was established in Malaysia, considering the compromises made with communal groups. Particular attention is paid to the reconstruction of the political system after the race riots of May 1969, which the author observed at first hand.