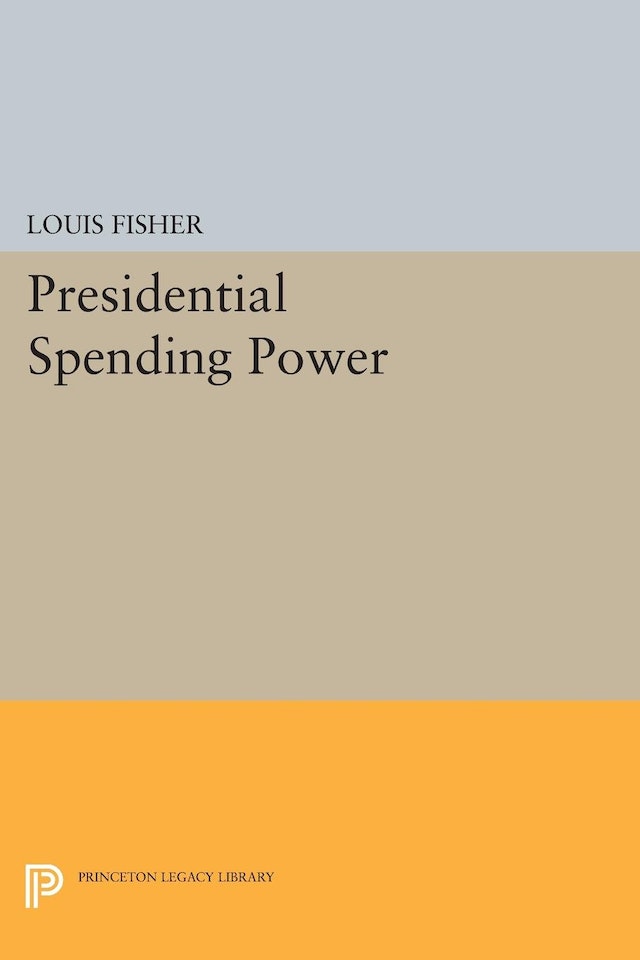 Each year billions of dollars are diverted by the President and his assistants from the purposes for which Congress intended them. Billions more are used in confidential and covert ways, without the knowledge of Congress and the public. Here is the first account of how this money is actually spent.

Louis Fisher writes: “When it comes to the administration of the budget, we find nothing that is obvious, very little that is visible. Our priorities here are peculiar. We fix upon the appropriations process, watching with great fascination as Congress goes about its business of making funds available to agencies. What happens after that point —the actual spending of money—rarely commands our attention.”

To unravel the mystery, Louis Fisher has investigated different forms of discretionary action: the transfer of funds that initially financed the Cambodian incursion; impoundment during the Nixon administration; covert financing; the reprogramming of funds; and unauthorized commitments. He describes each of these devices in operation and provides the historical background of Presidential spending power.

In conclusion Louis Fisher presents a cogent and timely analysis of what can be done to improve Congressional control. Sufficient control, he maintains, cannot be achieved merely through the appropriations process, and he makes important recommendations designed to preserve discretionary authority while improving Congressional supervision.