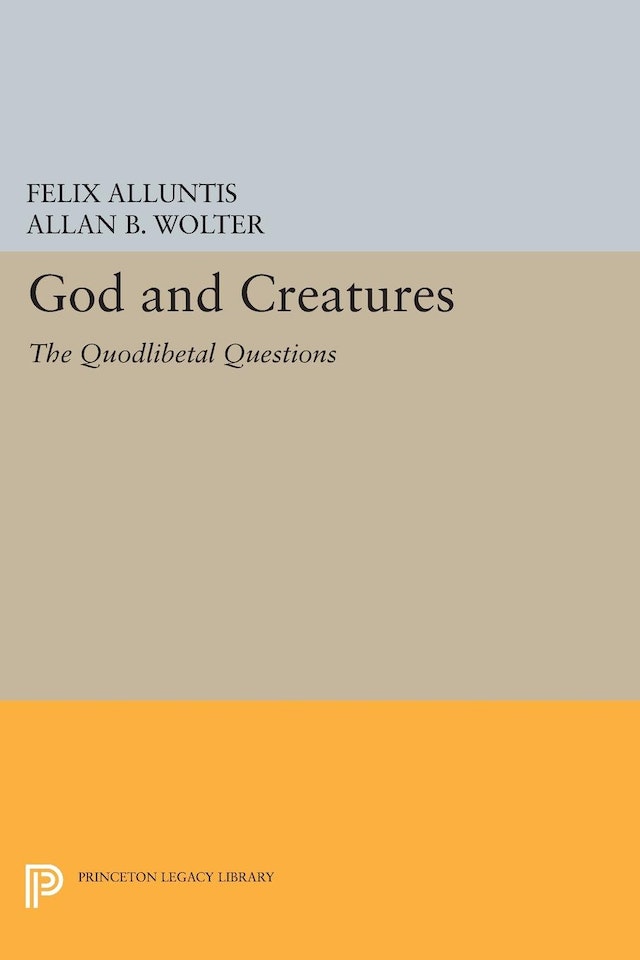 This is the first major work of the famous mediaeval scholastic theologian John Duns Scotus to be translated into English in its entirety. One of the towering intellectual figures of his age, Scotus has had a lasting influence on Western philosophy comparable only to that of Thomas Aquinas.

The questions Scotus discusses on the subject “God and Creatures” were originally presented to him in the course of a quodlibetal dispute, a public debate popular in the thirteenth and fourteenth centuries. In revising the questions for publication, Scotus wove in much of his basic philosophy and theology, making this work one of the mainstays on which his reputation as a thinker depends.

The text of the English translation is based on the most authoritative version of the original Latin text. The extensive annotation and a glossary of technical terms permit each question to be read as an integral treatise in its own right.