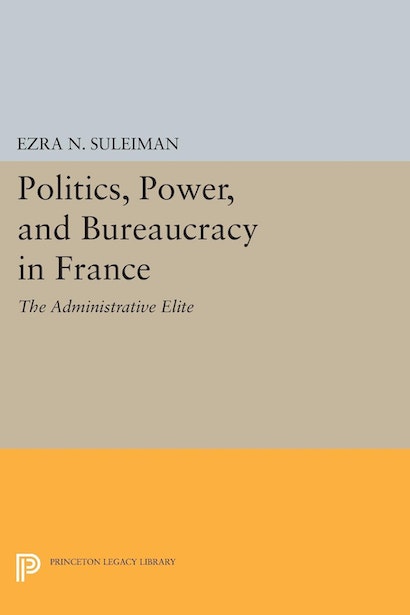 The interaction between politics and administration has generally been ignored by students of bureaucracy. Ezra N. Suleiman, however, views the French bureaucracy as a dynamic and integral part of the French political system. Using survey data as well as historical and contemporary sources, he concentrates on the highest officials and examines their relationships with both the political sector and the society.

After identifying the place of the state in French society the author deals with the recruitment of higher civil servants, using comparative data to explain why the high social origins of French civil servants have remained constant. His investigation of the important institutional mechanisms of the central administration stresses that even a centralized and powerful bureaucracy must be seen as a complex of institutions rather than as a monolithic organization. Finally the author deals with the relations of the higher civil servants with other groups in society and with the regime of the Fifth Republic.