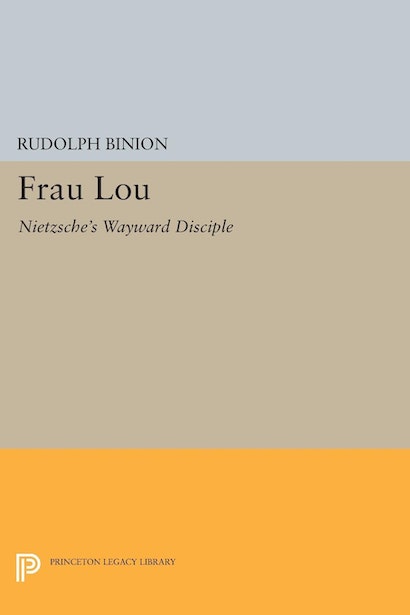 The rich and fascinating life of Lou Andreas-Salomé (1861-1937) has been reconstructed by Professor Binion on a vast documentary basis, and his findings contradict all earlier versions of her life. Frau Lou was a woman of prodigious intellect, a woman of letters, and a powerful personality. She was closely linked with many of the great cultural figures of the time, often before they achieved recognition. This was the case with Nietzsche, Rilke, Freud, Ferdinand Tönnies, Gerhart Hauptmann, Arthur Schnitzler, and Martin Buber. Frau Lou not only relates but interprets Lou’s life, and the point of the book is to discover how the works of the mind, whether scientific or imaginative, arise out of personal experience.