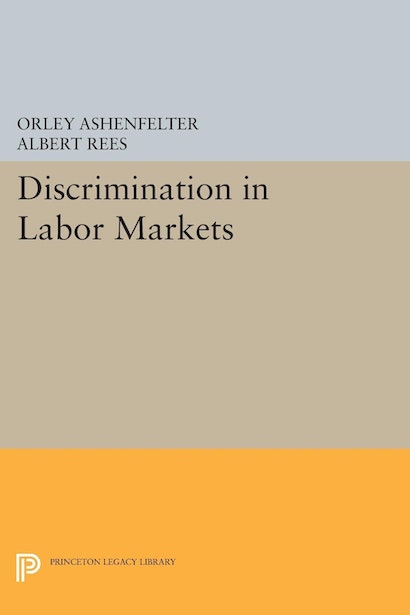 This volume contains revised versions of the papers presented in 1971 at the Princeton University Conference on Discrimination in Labor Markets, and the formal discussions of them.

This paper is by Kenneth Arrow, winner of the Nobel Prize in Economics, who lays the theoretical foundations of the economic analysis of discrimination in labor markets. Finis Welch discusses the relationship between schooling and labor market discrimination. Orley Ashenfelter’s paper presents a method for estimating the effect of an important institution—trade unionism—on the wages of black workers relative to whites. Ronald Oaxaca provides a framework for measuring the extent of discrimination against women. Finally, Phyllis Wallace examines public policy on discrimination and suggests strategies for public policy in this area.