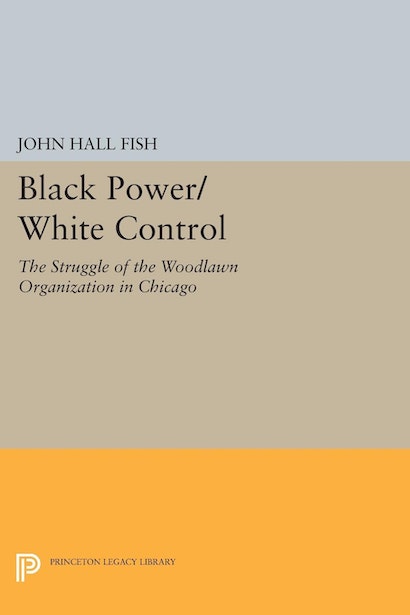 The vital issue facing urban America during the 1960’s—the downward spiral of poverty, deterioration, and exploitation in poor neighborhoods—was attacked by The Woodlawn Organization (TWO) in Chicago. John Hall Fish, an active participant in TWO, tells the story of one of the most exciting, controversial, and significant experiments in community control.

Founded in 1961 by a group of clergymen, with tactical advice from Saul Alinsky, TWO grew to become the major force for community development and self-government in the Woodlawn area. The author traces TWO’s history as it struggled to achieve significant community control over the problems that threatened the black inner-city community. He concentrates on three controversial programs: the Youth Project (involving the Blackstone Rangers), the Woodlawn Experimental Schools project, and the Model Cities program. Although TWO ultimately failed to overcome the entrenched opposition of city agencies, its very survival, the author argues, is a measure of its success. For as the cumbersome urban bureaucracies prove ever more ineffective, it is the existence of organized and experienced community organizations that will determine the possibility of neighborhood rebirth and renewal.