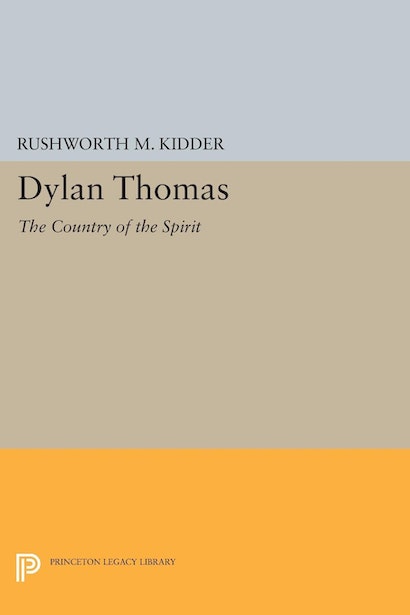 Since the Bible appears so frequently in Dylan Thomas’ work, some critics have decided that he must be a religious poet. Others, noting blasphemous statements and certain irreligious aspects of Thomas’ personal life, contend that he was no such thing. Rushworth M. Kidder, investigating this problem, looks below the surface of the obviously religious imagery and discovers a more profound poetry.

The first part of this book discusses the nature of religious poetry and the application of that term to Thomas’ work; it then develops the necessary background based on his letters and prose comments to provide a foundation for the study; and finally it examines the relationship between the religious aspects of his poetry and his well-known ambiguity. The author re-defines the vocabulary for dealing with religious imagery by establishing three distinct categories of imagery: referential, allusive, and thematic. This original technique is used to examine critically Thomas’ poems to show the development of his religious and poetic thought. There are numerous close, sensitive readings of individual poems to show how his poetry, like the Bible, teaches by parable, speaking deliberate ambiguity rather than simple dogma. This strategy inspired poetry that is technically complex but thematically simple, a mode of verse that became more explicitly religious in the poet’s final years.