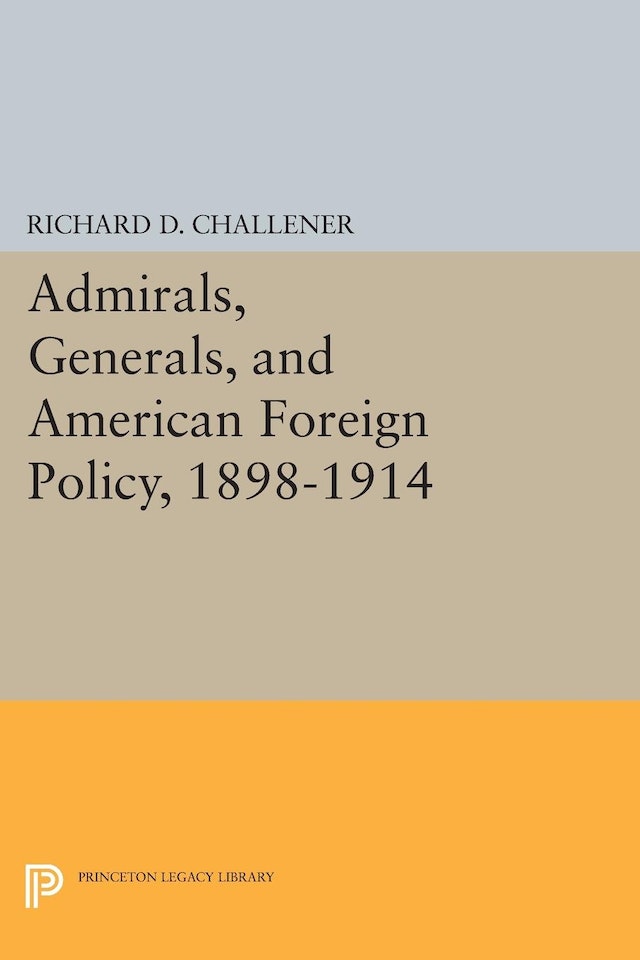 After the Spanish-American War the United States, both by design and by accident, became involved in the Caribbean and the Far East on a scale that would have seemed highly improbable before 1898. As an “emerging” world power, the United States had to grapple with new issues, among them the role of military men and military power in protecting and advancing America’s position in the world.

Richard D. Challener has examined civil-military relationships in the period 1898-1914 to answer the following questions: To what extent did army and navy officers develop opinions on foreign policy issues? Were the admirals and generals consulted by the civilian officials of government, and did they participate in decision-making? How did the President and State Department use the military services in execution of foreign policy? Were military and diplomatic policy co-ordinated? Does an examination of these relationships help to assess either the interpretations of Kennan and the “realists” or Williams and the “New Left”? And ultimately, how effectively did the United States manage to reconcile force and diplomacy?

This book sustains the case for interpreting 1898 and its aftermath as a deliberate search for an “informal” or “insular” empire and shows that American leaders, both civil and military, accepted an interventionist ethic.