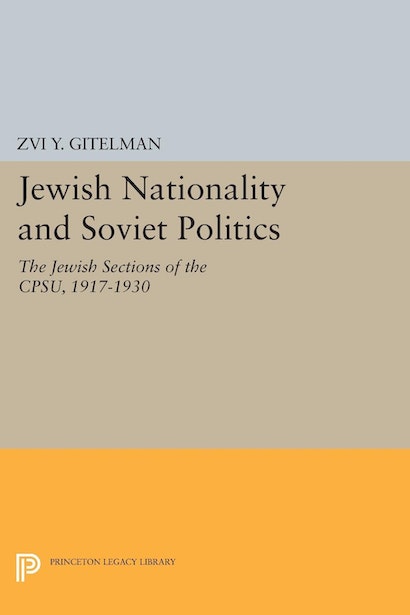 In order to “Bolshevize” the Jewish population, the Soviets created within the Party a number of special Jewish Sections. Charged with the task of integrating the largely hostile or indifferent Jews into the new state the Sections’ programs are, in effect, a case study of the modernization and secularization of an ethnic and religious minority. Zvi Gitelman’s analysis of the Sections during the first decade of Soviet rule examines the nature of the challenge that modernization posed, the crises it created, and the responses it evoked.