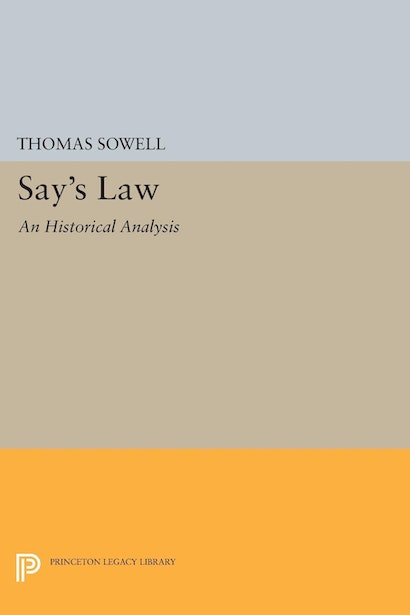 Say’s Law—the idea that “supply creates its own demand”—has been a basic concept in economics for almost two centuries. Thomas Sowell traces its evolution as it emerged from successive controversies, particularly two of the most bitter and long lasting in the history of the discipline, the “general glut controversy” that reached a peak in the 1820s, and the Keynesian Revolution of the 1930s. These controversies not only involved almost every noted economist of the time but had repercussions on basic economic theory, methodology, and sociopolitical theory. This book, the first comprehensive coverage of the subject, will be an indispensable addition to the history of economic thought. It is also relevant to all social sciences concerned with economic prosperity, with the nature of intellectual orthodoxy and insurgency, or with the complex relationships among ideology, concepts, and policies.

"Say's Law—the idea that supply creates its own demand—has produced two major controversies in the history of economics.... This contribution by Thomas Sowell [is] surprisingly the first comprehensive and analytical coverage on the subject."—Economic History Reviews