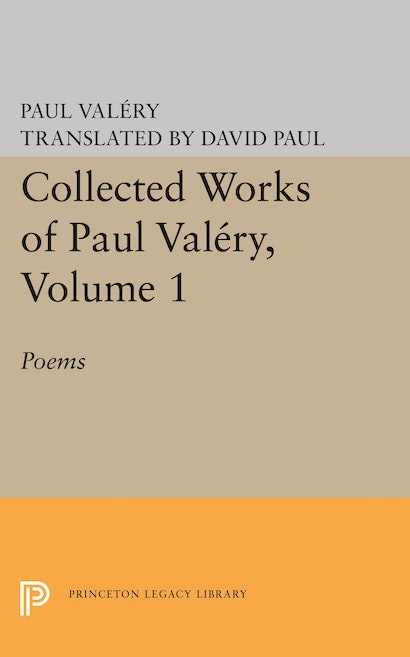 Poems ranging from “La Jeune Parque” and “Le Cimetière marin” to occasional and light verse written as letters to friends, dedications in books, and inscriptions on ladies’ fans demonstrate the wide scope of Valéry’s lyric preoccupation. The bilingual edition, with David Paul’s English translations facing the French texts, includes the autobiographical “Recollection,” quoted below, and excerpts on poetry, selected and translated from Valéry’s notebooks by James Lawler.

Paul Valéry turned to the discipline of poetry during the First World War, to escape from the “commotion of a world gone mad.” “I fashioned myself a poetry,” he wrote, “that had no other law than to establish for me a way of living with myself, for a part of my days.”