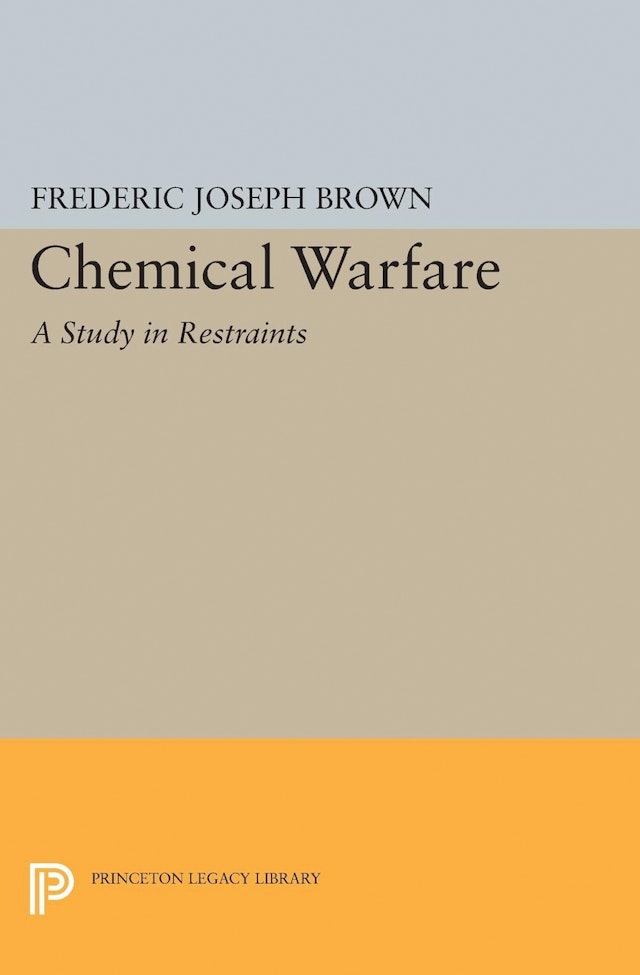 Why would a nation, in the midst of a vicious and unrestricted war, hesitate to employ a weapon guaranteed to inflict massive casualties on the enemy? Major Frederic Brown offers here the first critical analysis of this curious World War II phenomenon. He investigates the nature of restraints-political, military, economic, and psychological-operative in varying degrees between 1919 and 1945, when U.S. chemical warfare policy was being formed. Starting with the experiences of toxic agent use during World War I, Major Brown shows how various restraints to gas warfare developed during the inter-war years. He then discusses the World War II experience. In the conclusion Major Brown relates his findings to contemporary conflicts and offers important implications for the future of the cold war.