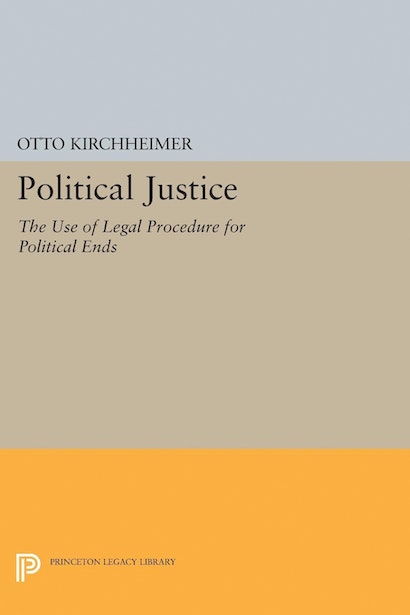 How have regimes used the agencies of criminal justice for their own purposes? What characterizes the linkage of politics and justice? Drawing on a wealth of foreign and domestic source material, Otto Kirchheimer examines systematically the structure of state protection, the nature of a strictly “political” trial, including the trial by fiat of the successor regime, and the forms of legal repression that states have used against political organizations. He analyzes the Nuremberg trials, the Communist purge trials, and a number of Smith Act trials. In two highly original chapters he also explores the political and judicial nature of asylum and clemency. This study of the uneasy balance between abstract justice and political expediency is a contribution to constitutional and criminal law, political science, and social psychology.