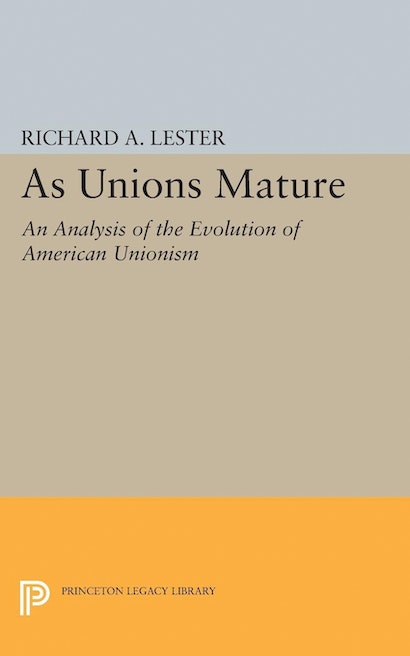 With 18 million members and with power and influence that penetrate industry, the financial centers, community life, and even foreign trade, trade unionism in America has come of age. Gone is much of the old militancy and aggressiveness that so characterized unions before World War II. In this short book a wise and experienced observer attempts to explain why. He points out the factors that influence the ageing of unions, the settling clown process, and the social and economic implications of advanced unionism. He examines the experiences of five major unions, Amalgamated Clothing Workers, United Automobile Workers, the Carpenters, the Teamsters, and the United Mine Workers; and for comparison the labor movement trends in both Britain and Sweden. Here is a foundation for understanding the “mature” unions of today and for intelligent judgment of current proposals for union reform.