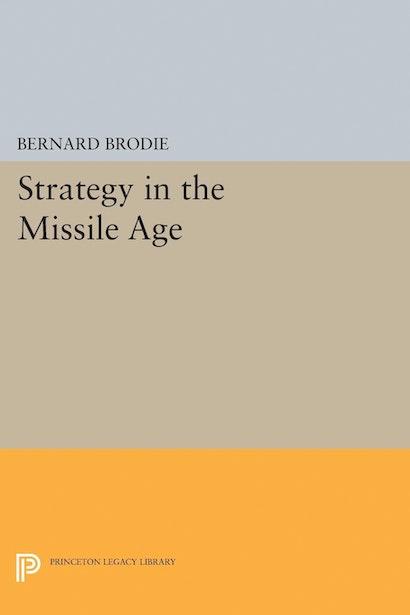 Strategy in the Missile Age first reviews the development of modern military strategy to World War II, giving the reader a reference point for the radical rethinking that follows, as Dr. Brodie considers the problems of the Strategic Air Command, of civil defense, of limited war, of counterforce or pre-emptive strategies, of city-busting, of missile bases in Europe, and so on. The book, unlike so many on modern military affairs, does not present a program or defend a policy, nor is it a brief for any one of the armed services. It is a balanced analysis of the requirements of strength for the 1960’s, including especially the military posture necessary to prevent war. A unique feature is the discussion of the problem of the cost of preparedness in relation to the requirements of the national economy, so often neglected by other military thinkers.