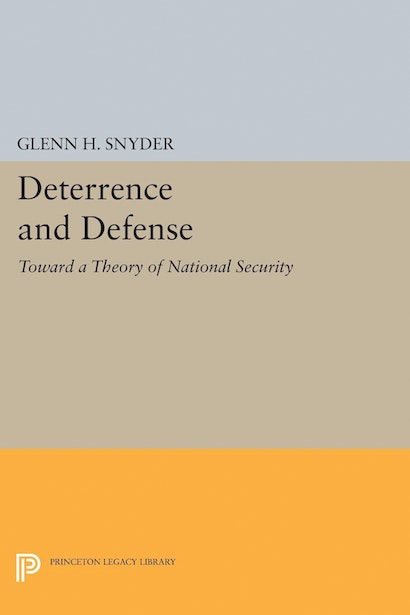 In the literature of diplomacy and military strategy, there has long been a gulf between the concepts of deterrence and defense. Glenn Snyder bridges this gulf, offering a systematic analysis of the two ideas, with the aim of integrating them in a framework of theory. He proposes criteria for making rational decisions in national security policy and deals with the critical issue of the balance between deterrence of, and defense against, military attacks. The author augments the scattered literature on the subject with original contributions on this increasingly important facet of international relations.