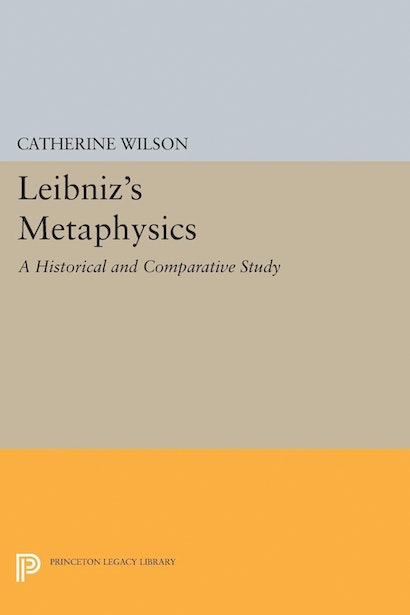 This study of the metaphysics of G. W. Leibniz gives a clear picture of his philosophical development within the general scheme of seventeenth-century natural philosophy. Catherine Wilson examines the shifts in Leibniz’s thinking as he confronted the major philosophical problems of his era. Beginning with his interest in artificial languages and calculi for proof and discovery, the author proceeds to an examination of Leibniz’s early theories of matter and motion, to the phenomenalistic turn in his theory of substance and his subsequent de-emphasis of logical determinism, and finally to his doctrines of harmony and optimization. Specific attention is given to Leibniz’s understanding of Descartes and his successors, Malebranche and Spinoza, and the English philosophers Newton, Cudworth, and Locke.

Wilson analyzes Leibniz’s complex response to the new mechanical philosophy, his discontent with the foundations on which it rested, and his return to the past to locate the resources for reconstructing it. She argues that the continuum-problem is the key to an understanding not only of Leibniz’s monadology but also of his views on the substantiality of the self and the impossibility of external causal influence. A final chapter considers the problem of Leibniz-reception in the post-Kantian era, and the difficulty of coming to terms with a metaphysics that is not only philosophically “critical” but, at the same time, “compensatory.”