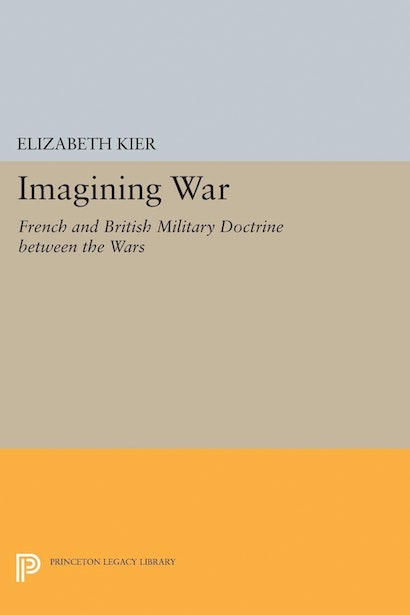 In this innovative theoretical book, Elizabeth Kier uses a cultural approach to take issue with the conventional wisdom that military organizations inherently prefer offensive doctrines. Kier argues instead that a military’s culture affects its choices between offensive and defensive military doctrines. Drawing on organizational theory, she demonstrates that military organizations differ in their worldview and the proper conduct of their mission. It is this organizational culture that shapes how the military responds to constraints, such as terms of conscription set by civilian policymakers. In richly detailed case studies, Kier examines doctrinal developments in France and Great Britain during the interwar period. She tests her cultural argument against the two most powerful alternative explanations and illustrates that neither the functional needs of military organizations nor the structural demands of the international system can explain doctrinal choice. She also reveals as a myth the argument that the lessons of World War I explain the defensive doctrines in World War II. Imagining War addresses two important debates. It tackles a central debate in security studies: the origins of military doctrine. And by showing the power of a cultural approach, it offers an alternative to the prevailing rationalist explanations of international politics.

"Kier's book is a welcome and important addition to the growing body of literature concerned with doctrine. The high quality of her work reflects not only a keen understanding of the of the doctrinal process but also a willingness to investigate the archival materials essential for such an understanding."—Robert A. Doughty, American Political Science Review

"[Elizabeth Kier's] sharpening of the concept of culture and her analysis of the relationship between culture and interests are a major contribution."—Jack L. Snyder, Institute for War and Peace Studies, Columbia University