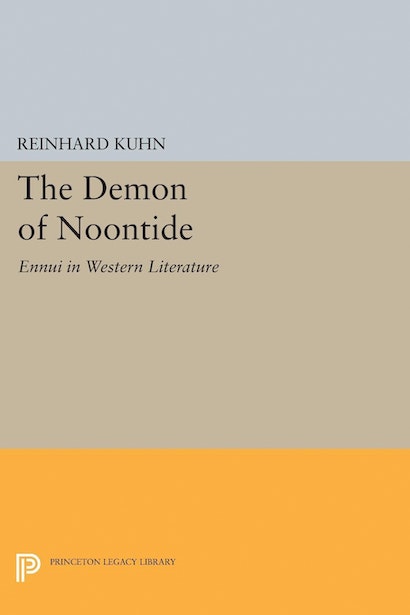 Kierkegaard claimed that the gods created man because they were bored, and Baudelaire predicted that the “delicate monster” of boredom would one day swallow up the whole world in an immense yawn. Between these two statements lies the undefined expanse of ennui, whose manifestations in European literature form the fascinating subject of this book. Reinhard Kuhn’s aim is to define the demon of noontide, to learn how writers through the ages have treated it, and to discover what it indicates about the nature of the creative act.