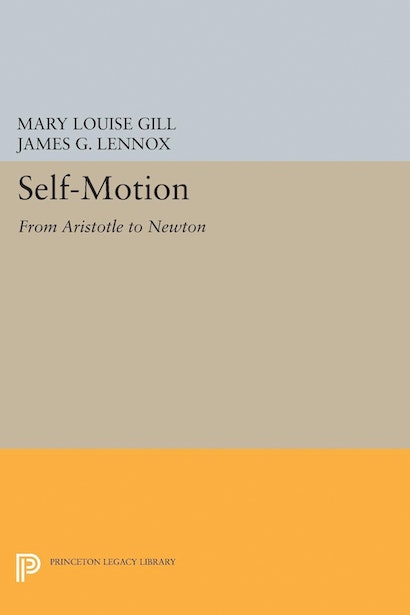 The concept of self-motion is not only fundamental in Aristotle’s argument for the Prime Mover and in ancient and medieval theories of nature, but it is also central to many theories of human agency and moral responsibility. In this collection of mostly new essays, scholars of classical, Hellenistic, medieval, and early modern philosophy and science explore the question of whether or not there are such things as self-movers, and if so, what their self-motion consists in. They trace the development of the concept of self-motion from its formulation in Aristotle’s metaphysics, cosmology, and philosophy of nature through two millennia of philosophical, religious, and scientific thought. This volume contains “Self-Movers” (David Furley), “Aristotle on Self-Motion” (Mary Louise Gill), “Aristotle on Perception, Appetition, and Self-Motion” (Cynthia Freeland), “Self-Movement and External Causation” (Susan Sauvé Meyer), “Aristotle on the Mind’s Self-Motion” (Michael Wedin), “Mind and Motion in Aristotle” (Christopher Shields), “Aristotle’s Prime Mover” (Aryeh Kosman), “The Transcendence of the Prime Mover” (Lindsay Judson), “Self-Motion in Stoic Philosophy” (David Hahm), “Duns Scotus on the Reality of Self-Change” (Peter King), “Ockham, Self-Motion, and the Will” (Calvin Normore), and “Natural Motion and Its Causes: Newton on the ‘Vis Insita’ of Bodies” (J. E. McGuire).