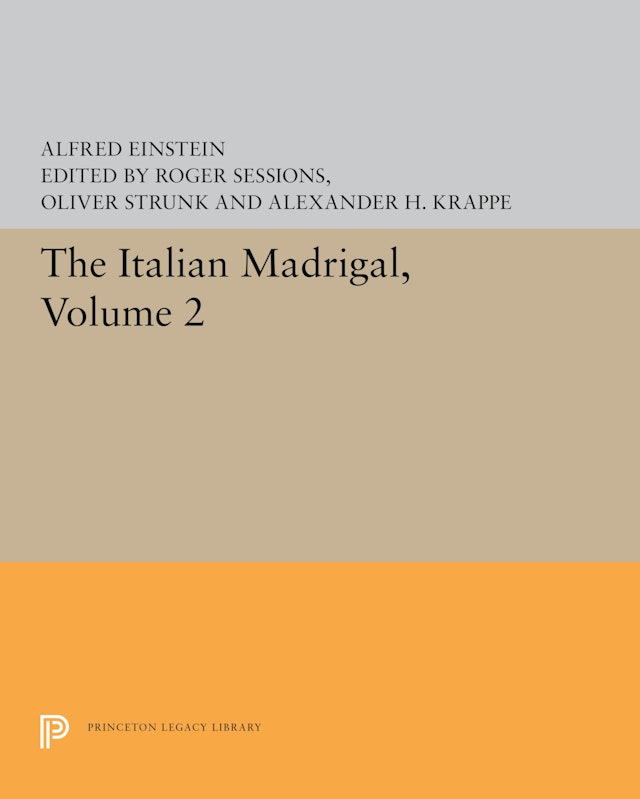 Volume 2 of 3. This monumental three-volume work on the Italian madrigal from its beginnings about 1500 to its decline in the 17th century is based on the research of 40 years, and is a cultural history of the development of Italian music. Mr. Einstein, renowned musicologist, supplies a background and a sense of proportion to the field: he gives the right order to the single composers in the evolution fo the madrigal, attaches new values to old names, and places in the foreground the outstanding, but until now rather neglected, personality of Cipriano de Rore. His work is not, however, purely musicological; his object is to inquire into the functions of secular music in Italian life during the Cinquecento, and to contribute to our knowledge and understanding of that great century in general. Translated from the German by Oliver Strunk, Roger Sessions and Alexander H. Krappe.