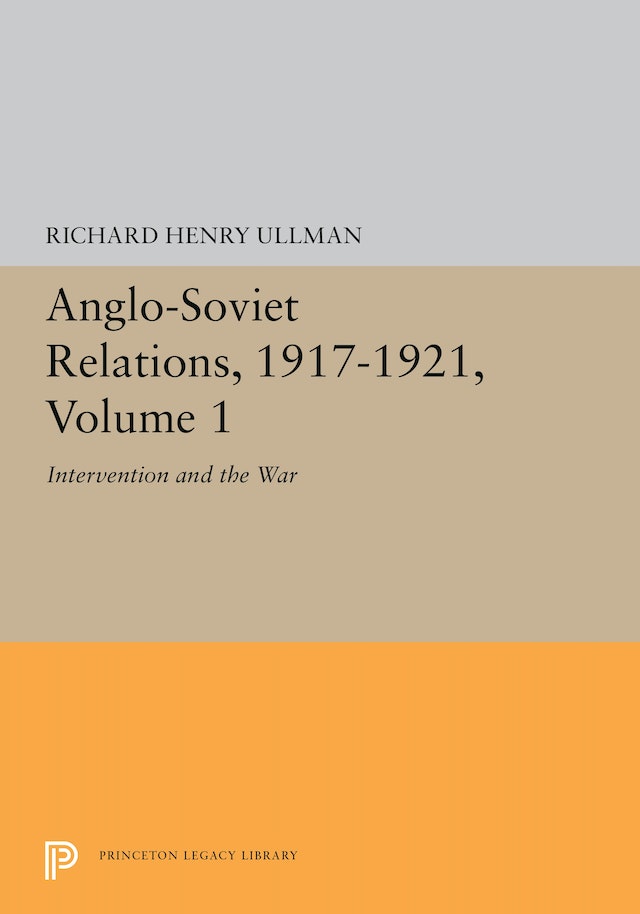 In an intriguing work based largely on new sources, Richard H. Ullman shows how the British government — the politicians, civil servants, military and naval officers — dealt with the problem of Russia during the critical period bewtween the Bolshevik Revolution in November 1917 and Britain’s de facto recognition of the Soviet government in March 1921.
Volume 1 describes the tragic misunderstandings and desperate hopes of the British in the troubled year before the Armistice, which stands as a watershed in the history of Anglo-Soviet policy. As diplomacy failed, British forces found themselves fighting not only in North Russia but in the Caucasus and on the frontiers of India. The second volume, to be published later, will cover the story to 1921.
Dr. Ullman’s exciting portrayal of these evetns is a companion work to George Kennan’s several-volume study of the same period, “Soviet-American Relations, 1917-1920.”