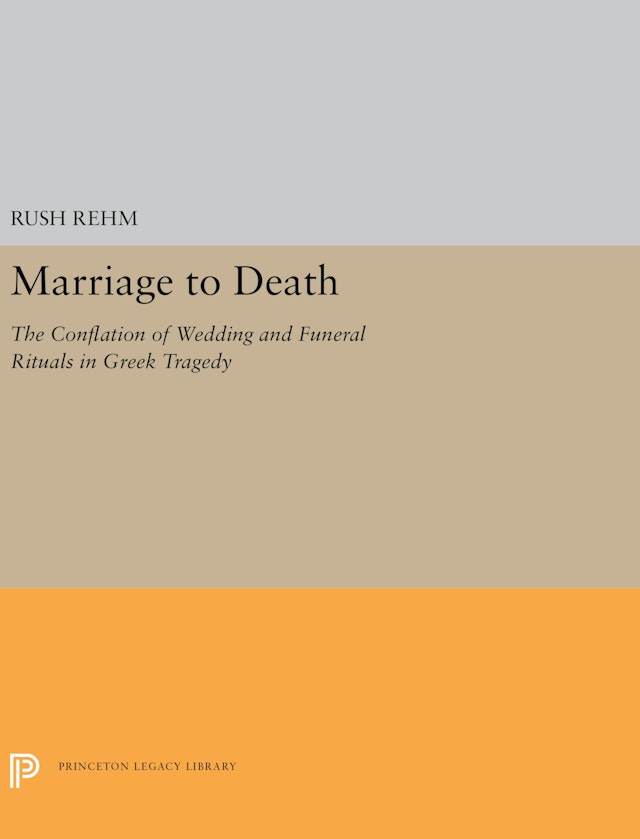 The link between weddings and death—as found in dramas ranging from Romeo and Juliet to Lorca’s Blood Wedding—plays a central role in the action of many Greek tragedies. Female characters such as Kassandra, Antigone, and Helen enact and refer to significant parts of wedding and funeral rites, but often in a twisted fashion. Over time the pressure of dramatic events causes the distinctions between weddings and funerals to disappear. In this book, Rush Rehm considers how and why the conflation of the two ceremonies comes to theatrical life in the tragedies of Aeschylus, Sophokles, and Euripides. By focusing on the dramatization of important rituals conducted by women in ancient Athenian society, Rehm offers a new perspective on Greek tragedy and the challenges it posed for its audience.
The conflation of weddings and funerals, the author argues, unleashes a kind of dramatic alchemy whereby female characters become the bearers of new possibilities. Such as formulation enables the tragedians to explore the limitations of traditional thinking and acting in fifth-century Athens. Rehm finds that when tragic weddings and funerals become confused and perverted, the aftershocks disturb the political and ideological givens of Athenian society, challenging the audience to consider new, and often radically different, directions for their city.
Rush Rehm is Assistant Professor of Drama and Classics at Standford University and a free-lance theater director. He is the author of Greek Tragic Theatre (Routledge) and Aeschylus’ Oresteia: A Theatre Vision (Hawthorn).