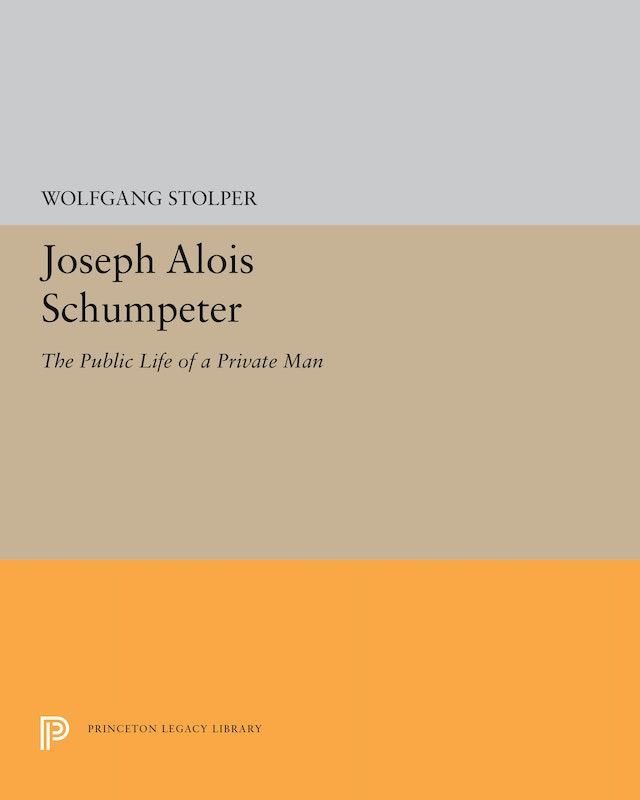 In this major scholarly study of the life of Joseph A. Schumpeter, one of the great intellectual figures of the twentieth century, the distinguished economist Wolfgang Stolper delves into the mind of his former teacher, exploring the development of his ideas and, especially, their influence on politics and public policy. After reflecting briefly on Schumpeter the man, Stolper explains the evolution of Schumpeter’s work, particularly his insights during the 1920s on public finance, his contributions to monetary theory and the study of business cycles, and his writings on socialism. Stolper goes on to desribe and evaluate Schumpeter’s public activities following World War I and his role as a finance minister, placing the development of his thought in the turbulence political context of his times.
Drawing on a vast array of new and exciting sources, Stolper paints a portrait of his mentor as a decent, ambitious, and complex man whose many insights into economy and society found their way outside of the academy and into the practical world of economic policy. All readers interested in the history of economic thought and twentieth-century political and intellectual history will find this book invaluable.
Wolfgang Stolper is Professor Emeritus of Economics at the University of Michigan. He is author of The Structure of the East German Economy and Planning Without Facts and has made seminal contributions to international economics.

"Stolper's access to original letters and documents allows him to shed new light on some previously uncertain issues. . . . [his] biography of Schumpeter adds considerably to our knowledge of this important figure in the history of economics."—Choice

"Stolper's book is a most important one. It will be of interest to economists, sociologists, historians, and all those who would like to know more about one of the most inspiring economists of our century."—Journal of Economic Literature