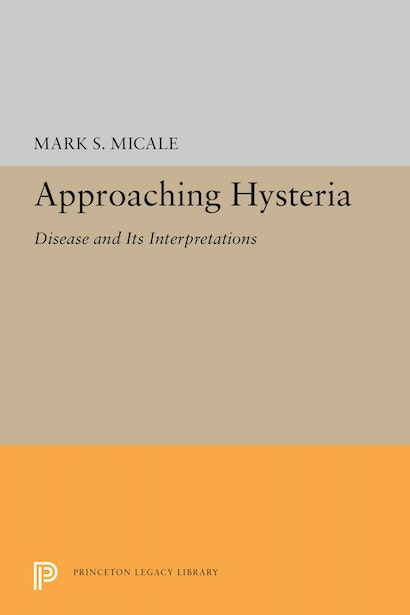 Few diseases have exercised the Western imagination as chronically as hysteria — from the wandering womb of ancient Greek medicine, to the demonically possessed witch of the Renaissance; from the “vaporous” salong women of Enlightenment Paris, through to the celebrated patients of Sigmund Freud, with their extravagant, erotically charged symptoms. In this fascnating and authoritative book, Mark Micale surveys the range of past and present readings of hysteria by intellectual historians; historians of science and medicine; scholars in gender studies, art history, and literature; and psychoanalysts, psychiatriasts, clinical psychologists, and neurologists. In so doing, he explores numerous questions raised by this evergrowing body of literature: Why, in recent years, has the history of hysterical disorders carried such resonance for commentators in the sciences and humanities? What can we learn form the textual traditions of hysteria about writing the history of disease in general? What is the broader cultural meaning of the new hysteria studies?
In the second half of the book, Micale discusses the many historical “cultures of hysteria.” He reconstructs in detail the past usages of the hysteria concept as a powerful, descriptive trope in various nonmedical domains, including poetry, fiction, theater, social thought, political criticism, and the arts His book is a pioneering attempt to write the historical phenomenology of disease in an age preoccupied with health, and a prescriptive remedy for writing histories of disease in the future.
Mark S. Micale is Assistant Professor of History at Yale. He is the editor of Beyond the Unconscious: Essays of Henri F. Ellenberger (Princeton).