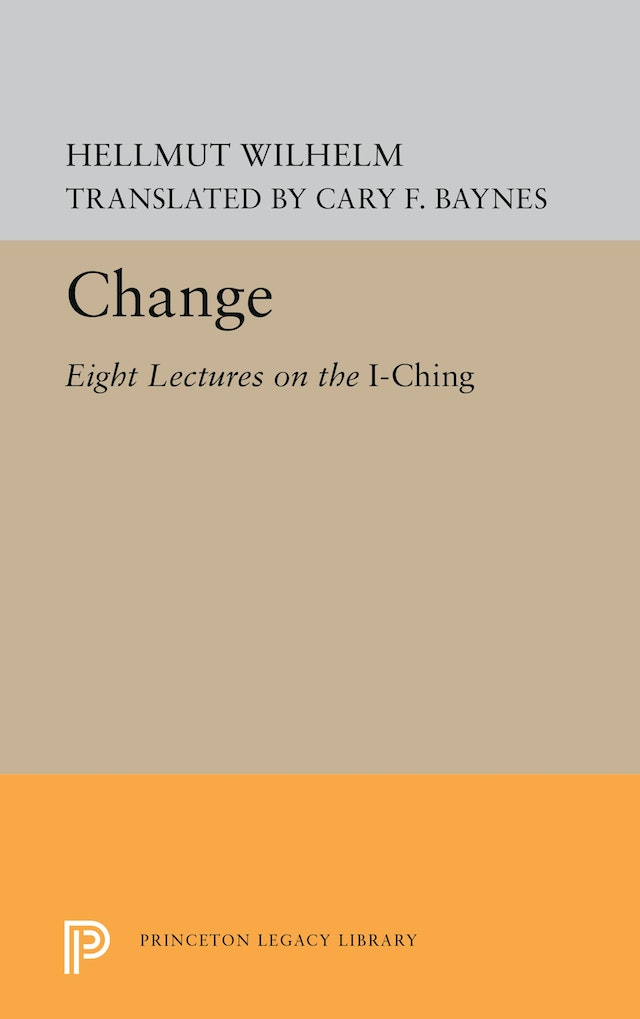 One of the five classics of Confucianism, the I Ching or Book of Changes has exerted a living influence in China for three thousand years. Beginning in the dawn of history as a book of oracles, it became a book of wisdom — a common source for both Confucianist and Taoist philosophy. The I Ching was little known in the West before James Legge’s English translation (1882), and the appearance of the late Richard Wilhelm’s poetic translation into German in 1923 made to work available to a wider public. This was in turned published in Bollingen Series (1950) in the translation of Cary F. Baynes.
Now Professor Hellmut Wilhelm, of the University of Washington, carries on his father’s work with a group of related studies of the Book of Changes. Born and educated in China, Hellmut Wilhelm grew up in an atmosphere of Chinese classical tradition. During the winter of 1943, he delivered the first version of these lectures to a group of Europeans, isolated in Peking under Japanese occupation, who wished to study the I Ching.
Besides presenting a lucid explanation and interpretation of the I Ching, Professor Willhelm brings forward new scholarship and insights. Mrs. Baynes is again responsible for the translation.